Todays post is a review on Anastasia Beverly Hills (ABH) Dipbrow Pomade in 'Blonde'. This product is my holy grail and it's in my daily makeup routine. It sculpts and defines my brows perfectly. It is also super easy to apply, I use my MAC 266 brush to apply the pomade in little brush strokes to create a natural look. The pomade is also waterproof, perfect for oily skin and humid climates, so you don't have to worry about the product budging! There are eleven different colour choices so there is bound to to be colour suited to you. I pair this with my Benefit Gimme Brow, the perfect gel to go over the dipbrow pomade to make sure it stays in place all day. The only thing I have to say about the dipbrow is you do not need too much product when applying, you can always build it up but don't put too much product on at once.

As I'm from the UK the only places I could find ABH dipbrow pomade at a reasonable price was either Beauty Bay or Cult Beauty. I decided to go with Beauty Bay and it was £15, I received the product in two working days. Despite the bad reviews I had read online about Beauty Bay, I can't fault them, their service was very good and quick.

It's been months since my last blog post and I apologise for that! I'm currently on 'Christmas' break from my third and final year at university, so I now have some time to blog. Hopefully I will find the time to start blogging more frequently!

Seeing as its now 2016, I thought it would be a good idea to do a recap of my 2015 travels. Firstly, in April, I travelled to a small city in Italy called Bergamo, which is a hour away from Milan. This quant little city was full of Italian culture and many friendly people. I went with my friends from university and this was the first time I had ever been away without my parents!

In May just two or three days after I had finished my second year at university me, my sister and my cousin flew to New York City (NYC), we had this trip planned for so long and after a lot of saving we finally booked to go! I was so excited as I had never been to NYC before and travelling to Italy a month before really helped me prepare for this big trip with just the three of us! NYC was just as amazing as I hoped it would have been and I had never laughed so much before. We shopped and explored the city every day we were there and I fell even more in love with Sephora! (It got to the point were I would connect to the wifi straight away because I had been in there too much). I came home with a much lighter pocket but my suitcase was full. I definitely recommend NYC to anyone and everyone, there is something for everybody. We also stayed in the Radio City Apartments, which was the most perfect located hotel ever, just a 30 second walk away from Times Square and 5th Avenue!

My next trip was in July and we were heading to BRAZIL! My good friend who studied at the same time and place as me during my first year of university invited us to come visit her in Brazil, we decided three weeks would be perfect and we travelled to Rio de Janeiro and stayed in her apartment just a minute walk away from one of the most famous beaches in the world, Copacabana! Rio was amazing and there is so much to see and do. Then we flew to Bahia and stayed in a small village called Praia do Forte for a week, which was like paradise! This small village had an amazing beach and the cutest shops and restaurants. Then in our final week we visited my friends home city Brasilia, which was one of the most interesting cities I had ever been to. Her lovely family let us stay with them and I am still so thankful for how welcoming they were to us. This was the holiday of a lifetime and I can't wait to visit again.

This concludes my travelling for 2015 and I hope you enjoyed this post and I wish you all a Happy New Year and I'll see you again in my next post! 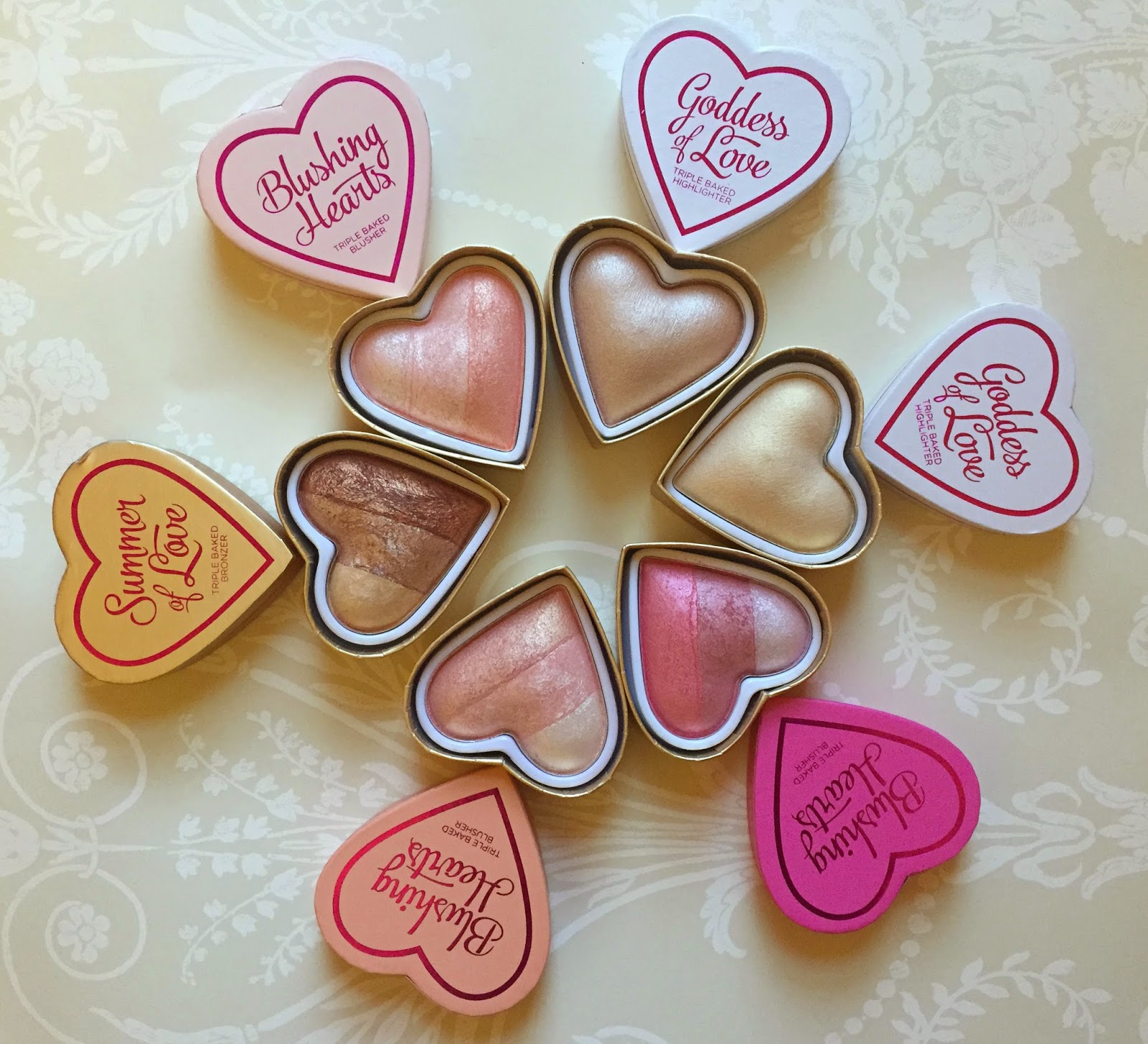 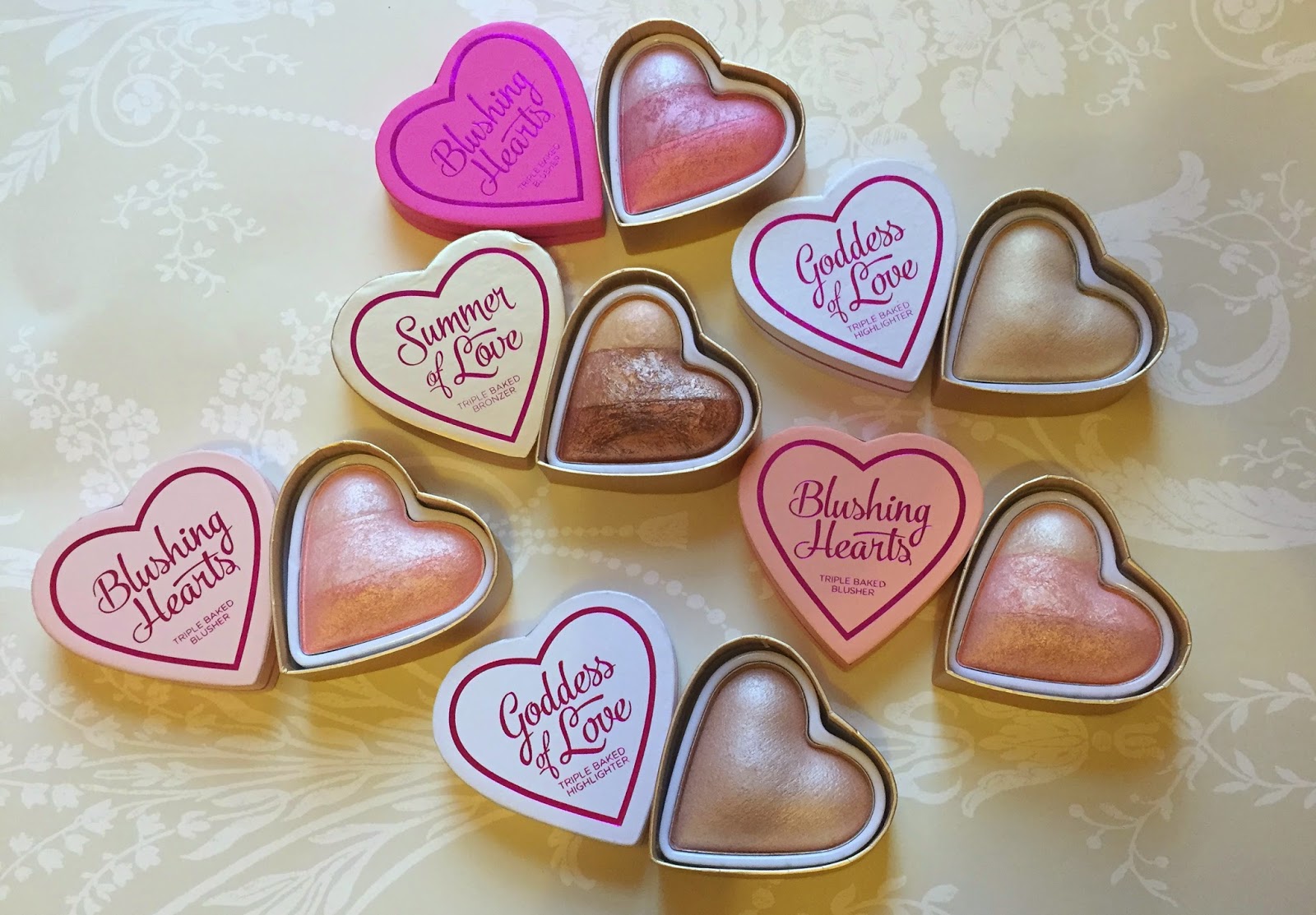 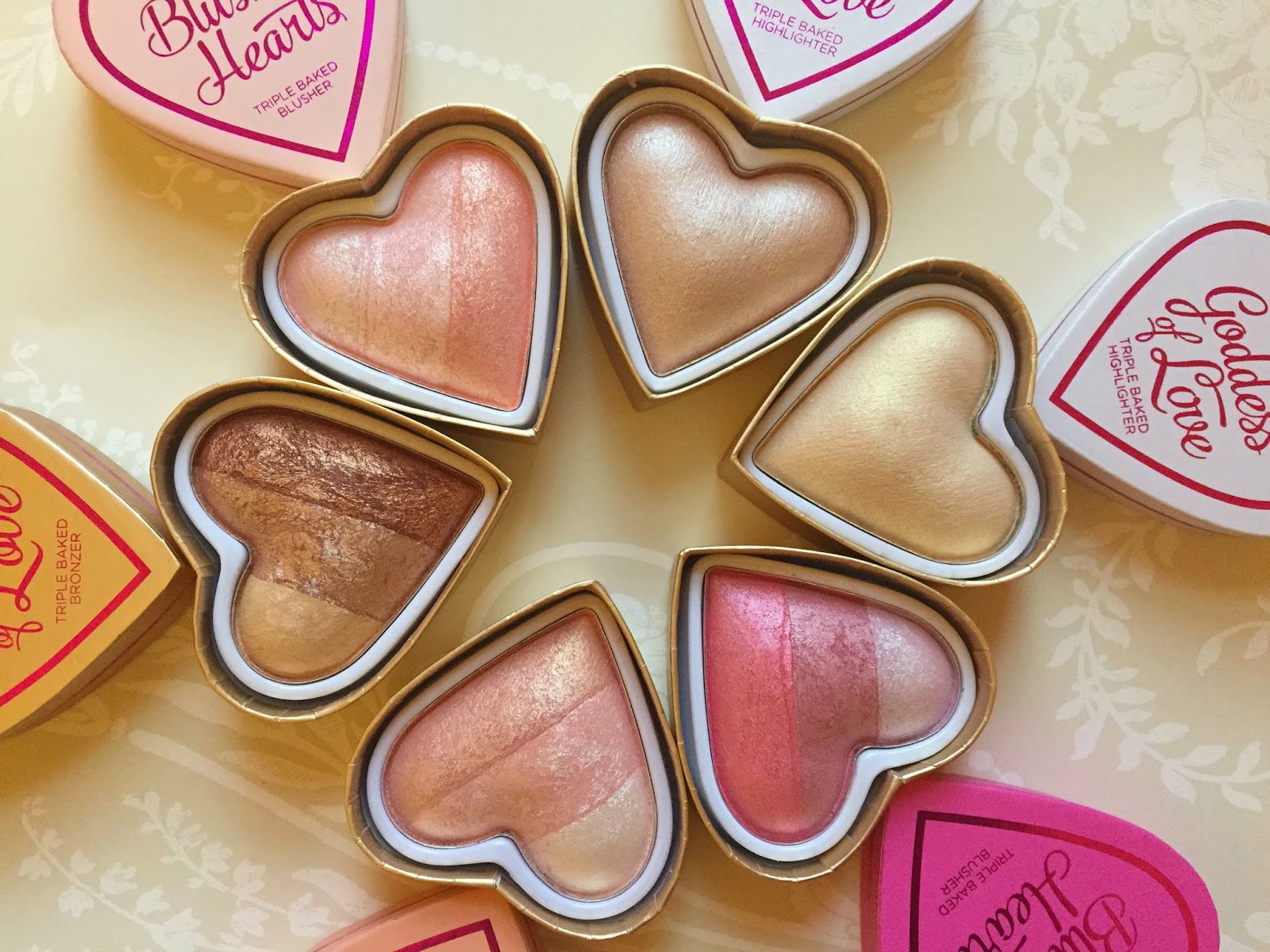 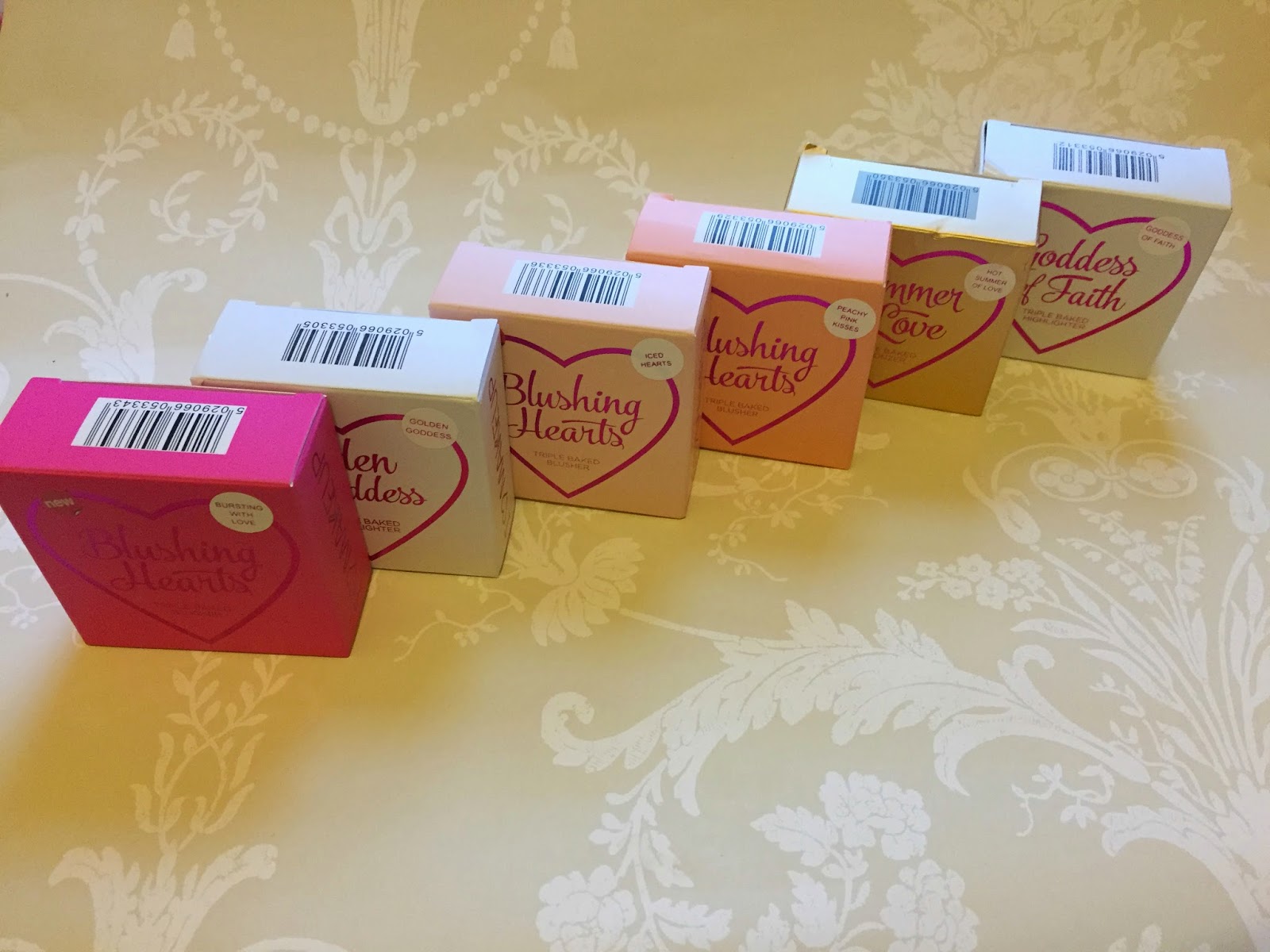 
Todays post is a very exciting one as the other day I received a parcel from the lovely team at Makeup Revolution who kindly sent me 6 of their brand new Blushing Hearts collection to try out and review! These are from Makeup Revolutions sister brand I ♡ Makeup.  The new collection consists of 3 new blushes, 2 new highlighters and 1 new bronzer.

As soon as I saw these I fell in love and I probably didn’t stop staring at them for at least a couple of hours (makeup does weird things to me).  At first glance, the packaging looks inviting and also very cute.  Then you open it and it gets even better, the fact the Blushing Hearts range is in the shape of a 3D heart makes me even more excited.

The first three photographed are the new blushes and how beautiful do they all look? I am so impressed with how pigmented they all are and the way the three colours come together.  The three blushes are called Peachy Pink Kisses, Bursting with Love and Iced Hearts and I can’t fault any of them so far.  For £4.99 you can’t go wrong, I think I may actually prefer these to my MAC blushes (that’s a bold statement)…

The next two are the newest highlighters of the collection and they also do not disappoint! They’re called Goddess of Faith and Golden Goddess.  I must say before trying these I was never a big fan of highlighting and I only ever rarely done it for special occasions or for a night out.  However since receiving these highlighting has been added to my daily routine, again for £4.99 the pigmentation is amazing and they add a lovely glow to your face!

The last product of their new collection is this bronzer in Hot Summer of Love.  I have always found that bronzers can be too harsh on me as I am quite pale however this bronzer works well as it has three different colours blended and together they create a nice subtle bronzer. Again, the pigmentation is good and for £4.99 its well worth the try.

Overall I am more than impressed with this collection and I can’t recommend them enough, especially to students like me who are on a budget but still want their makeup collection to grow.  Let me know if you've tried any of the new collection? If not, which ones are on your wishlist? I'd love to know :)